The full code and documentation is available on Github.

Facebook Messenger recently launched Instant Games, a new social gaming platform directly integrated into the Messenger application. However, what should have been a fun competition among friends, quickly became an obsession. Tired of waking up every morning to six new notifications about how my high score in Brick Pop had been bested the night before, I set about doing what anyone else would have done in my position - writing an automated solver.

Brick pop is similar to other tile-matching games like Bejewled and Candy Crush. The games begins with a 10x10 matrix of bricks each assigned one of six colors (red, teal, yellow, blue, purple, and gray). The goal of the game is to remove adjacent bricks with matching colors until no bricks remain on the board. Each time that a brick is removed, the bricks above it fall down. Each time an entire column of bricks is removed, the bricks to their right move left. For example, the screenshot below is of a sample game. 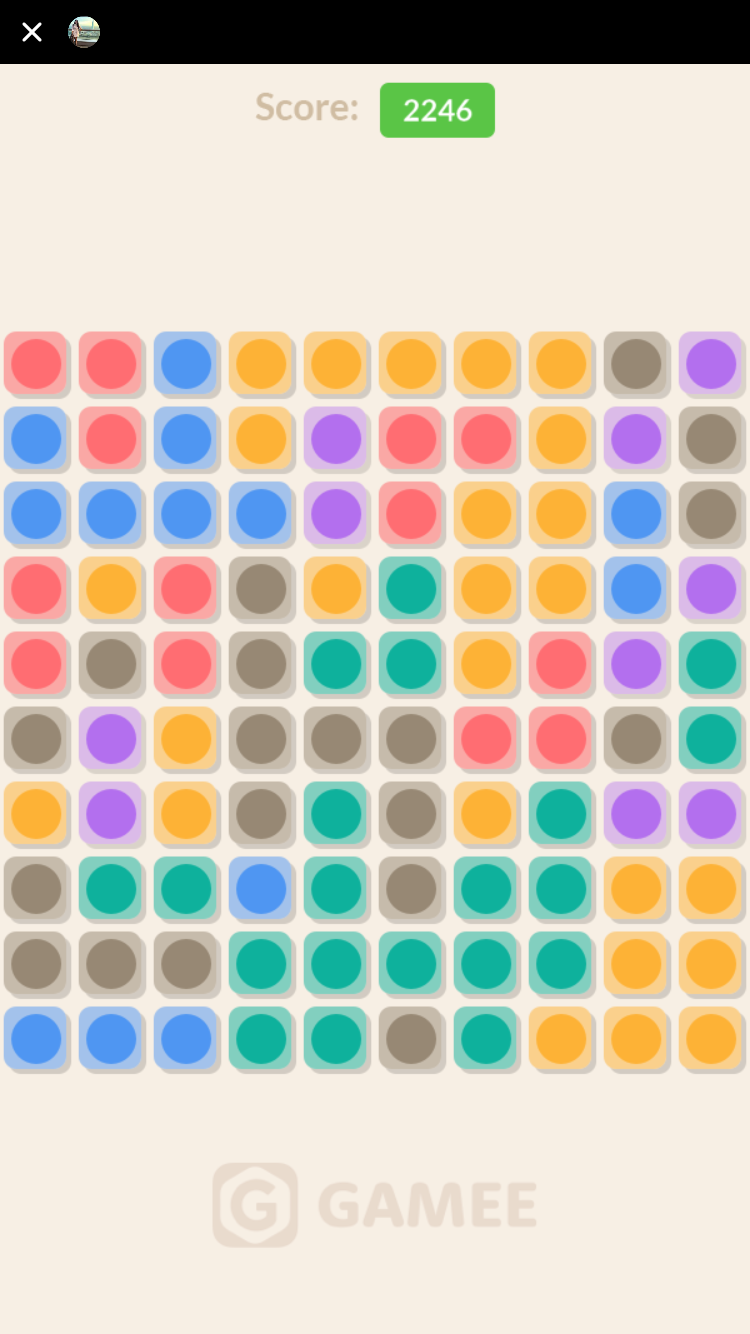 Because the game is relatively small, its sufficient to provide a brute force solution; even the brute force solution terminates in a handful of milliseconds. The brute force algorithm recursively removes adjacent bricks with matching colors and terminates when no bricks remain or all sequences of removals have been tried. By greedily selecting the largest neighborhood of matching color bricks first, the algorithm is likely to find a maximum score path; however, it is not guaranteed to do so.

Because manual input of individual brick positions proved to be a extraordinarily difficult task, I wrote some simple image processing code that enables you to upload a screenshot of the game from which brick positions are extracted.

It would be cool to simulate iPhone touches which would allow the solver to directly play the game without manual intervention.