Over the past few months, I have spent a lot of time tinkering with genetic algorithms and neural networks. In previous projects, I have used these genetic algorithms and neural networks to solve simple problems (e.g., function minimization, maze solving, pattern recognition, etc.). However, the more I experimented with these primitives of artificial intelligence, the more I wanted to apply them to larger, more complicated problems. An article I read on Kotaku inspired me to apply my knowledge of artificial intelligence to recreating PacMan.

The complete source code, technical report, and documentation is available on GitHub.

I could not find an open source implementation of PacMan in Java, so I decided to write my own version. Using the Pacman Dossier as a reference, I built PacMan from scratch. I used GIMP 2.8 to design the sprites and background, and used Swing to display the GUI. The picture below depicts the completed interface. 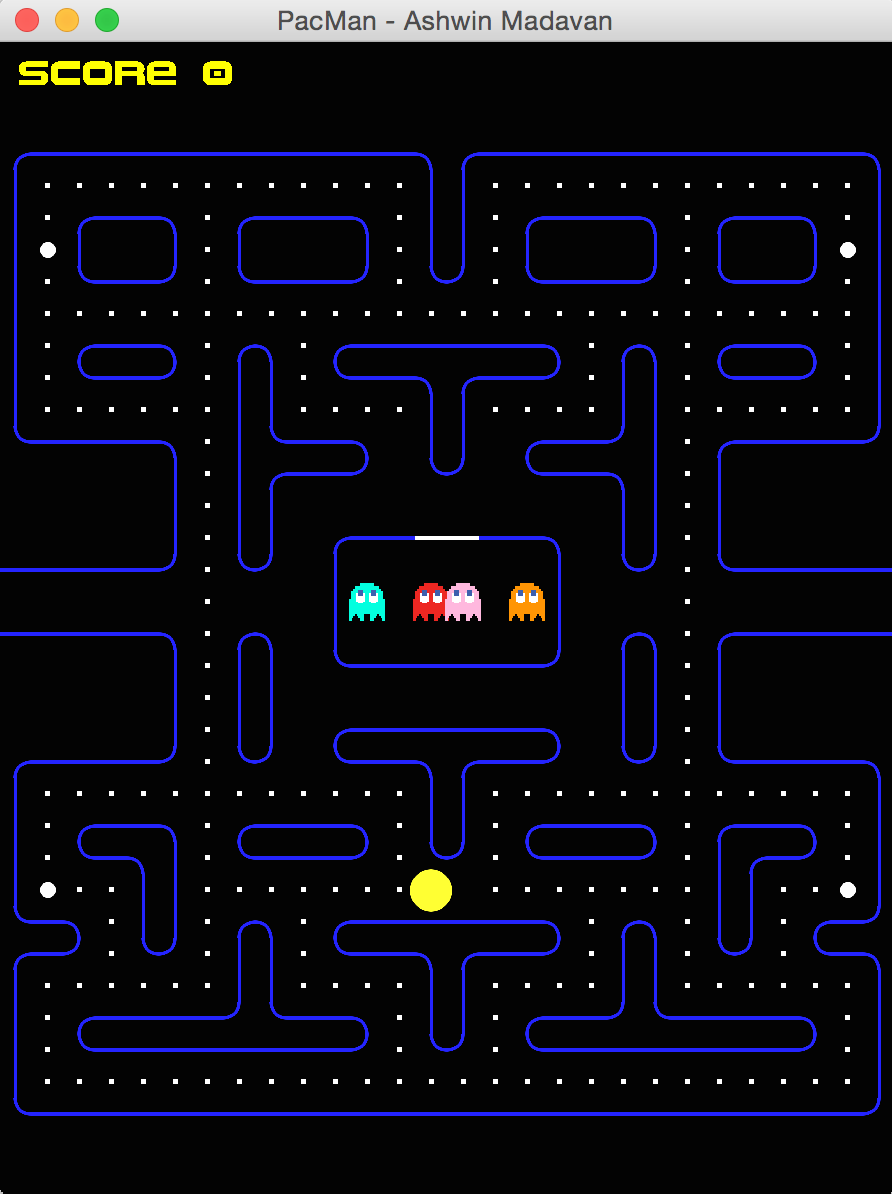 I created a feed-forward neural network and taught it to play PacMan using a binary genetic algorithm. This network accepts twelve different inputs: (1) the distances from each of the ghosts to PacMan, (2) whether or not each of the ghosts is moving toward PacMan, (3) the mode that each of the ghosts are in, (4) the location (x, y) of the closest “food” tile, and (5) the location (x, y) of the closest “energizer” tile. The network outputs four values, each of which is in the range [0.0, 1.0]. Each output corresponds to a different orientation (up, down, left, right). Each time PacMan needs to make a decision about which direction to move in, it selects the orientation with the highest output.